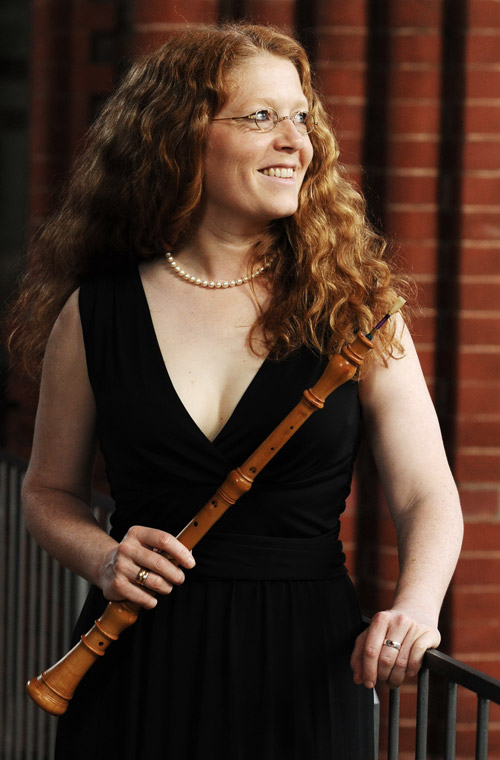 „Xenia Löffler… shows once again, that she is the queen of the baroque oboe.“

„This was borne out by the Akamus performance,… which might have been billed as the Xenia Löffler Show. Löffler is the group’s principal oboist,… her consummate musicianship and excellent command of a sometimes unruly instrument were featured in a concerto, this time by C.P.E. Bach.“

„The oboist Xenia Löffler, the impressive soloist, played with elegance and flair.“

Xenia Löffler has acquired an outstanding reputation in recent years with her unmistakable oboe sound and compelling interpretations. The critics praise her “completely natural virtuosity” and her “elegant tone, rich in colours and nuances.” (Klassik.com)

Since 2001 she has been a member and solo oboist of the Akademie für Alte Musik Berlin and has performed as a soloist and chamber musician with other ensembles and orchestras under renowned conductors all over the world. Sir John Eliot Gardiner’s invitation to participate as a solo oboist in his Bach Cantata Pilgrimage in 2000 was of particular importance in her musical career.
Trained at the Schola Cantorum Basiliensis, she is particularly interested in exploring unknown oboe repertory and recording it on CD. She has already released numerous solo CDs with labels such as harmonia mundi (CPE Bach Oboe Concertos, Venetian oboe concertos), Supraphon (Reichenauer and Jiránek) and Accent (Bach oboe concertos and cantatas, Dresden oboe concertos, Graun oboe concertos, and a Handel programme entitled ‚My Favourite Instrument‘). Several of these recordings have received major awards or nominations, notably for the BBC Music Magazine Awards and the Gramophone Award and Diapason d’or. She pursues her passion for chamber music in concerts and recordings with such exceptional instrumentalists as Isabelle Faust, Maurice Steger, Václav Luks and Vittorio Ghielmi. With the Amphion Bläseroktett (wind octet), which she founded, she has recorded nine widely acclaimed CDs and has performed at international festivals.

Xenia Löffler gives master classes in Germany and abroad, has been artistic director of the summer academy in Neuburg an der Donau since 2018 and supervises the class for historical oboes at the University of the Arts in Berlin.